Pier Giorgio Mastroberardino received his PhD from the University of Rome "Tor Vergata" under the supervision of Mauro Piacentini, PhD. In the initial phases of his career, he studied the contribution of the crosslinking enzyme transglutaminase 2 in the formation of aggregates in Huntington's diseases and in the regulation of mitochondrial metabolism. In 2003, he moved to Emory University, Atlanta, GA, USA, where he entered the field of Parkinson's disease working under the supervision of Tim Greenamyre, MD, PhD. At Emory, Pier Giorgio studied bioenergetic and redox metabolism in Parkinson's disease. His research led to the identification of new endocytic trafficking mechanisms responsible for mitochondrial iron transport in dopamine neurons and for iron accumulation in Parkinson's disease. In 2005, he relocated to the University of Pittsburgh, where he continued his studies on redox and metabolism in neurons. There, he was awarded a K99/R00 grant from the NIH to establish his independent research group.

In 2010, also thanks to a Marie Skłodowska Curie International Reintegration Grant, Pier Giorgio moved back to Europe, recruited as an independent Group Leader at the Department of Genetics of the Erasmus Medical Center Rotterdam by Jan Hoeijmakers, PhD. There, Pier Giorgio expanded his interests to aging and particularly to one of its principal molecular causes: DNA damage accumulation and repair defects. He built on his previous expertise to establish new connections between genome instability and Parkinson's disease and to unravel molecular mechanisms driving metabolic reprogramming following DNA damage accumulation.

At present, Pier Giorgio continues investigating the molecular mechanisms connecting metabolic alterations and genome quality control in the healthy and diseased brain. He holds a joint position between the Erasmus Medical Center and IFOM, and works hard to generate new research synergies between these two top research Institutes.

Finally, Pier Giorgio holds a Global Executive Master degree in Business Administration (MBA) from the Rotterdam School of Management (RSM). He is actually setting up a new joint Master program between the Erasmus Medical Center and RSM focused on Medical Business and Innovation, which intends to educate a new class of professionals with academic background to operate in the business sector. Thanks to the MBA degree, Pier Giorgio is also actively engaged in interactions with the private sector and valorization of scientific discoveries. 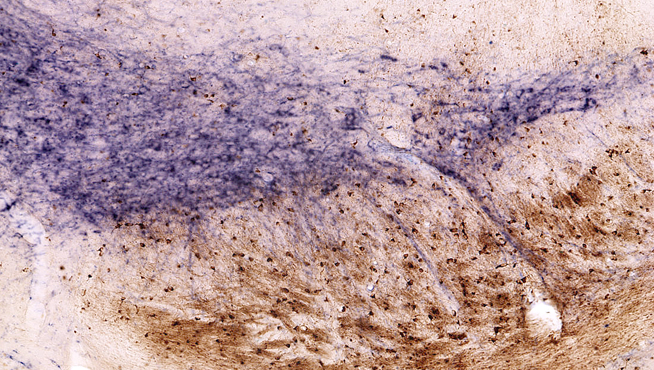