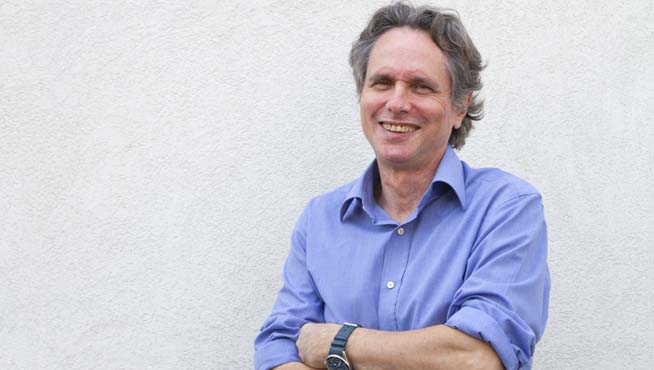 After having obtained a master degree in Biology at the University of Naples Federico II, He spent few years as research fellow at the Second University of Naples, Institute of Biochemistry of Macromolecules, to define the role of p16ink4 tumor suppressor protein in the regulation of the cell cycle. In 1996, he moved to European Institute of Oncology in the Giulio Draetta’ lab where he followed his interest for the cell cycle discovering and characterizing the role of CDC25A in checkpoint response to unreplicated DNA.

Afterwards, He decided to move from academia to pharmaceutical industry to concentrate his efforts into identification of novel drugs for cancer treatment. He worked from 1999 to 2006 for Pharmacia, Pfizer and Nerviano Medical Sciences, where he realized his expectations contributing, as project leader, to identification, characterization and progress of three small molecules into the clinical phase. One of them, the Milciclib has demonstrated good tolerability profile and efficacy in different phase II clinical studies conducted on thymic carcinoma and thymoma patients as well as on unresectable, sorafenib-refractory or intolerant hepatocellular carcinoma patients.

From 2006 to 2011, He moved to a small enterprise: DAC Srl, where as Director of Biology set up a group of biologists who working in tight collaboration with chemistry department have identified and characterized and launched in clinical phase a histone deacetylase inhibitor: DAC60, as well as identified and characterized up to in vivo proof of concept, several novels Histone deacetylase and HSP90 inhibitors.

In the last years, He come back to academia, with his wealth of industrial experiences, to participate to academic drug discovery initiative at first at European Institute of Oncology and from 2016 at IFOM. During these last years, his group, in collaboration with the chemistry unit, identified and characterized novel irreversible and reversible KDM1A inhibitors up to in vivo proof of concept. Recently his group at IFOM, in collaboration chemistry group, is collaborating with several principal investigators following different projects and, between them, one project led to identification of novel proprietary HECT E3 ligase inhibitors.

Over the past years, there have been major advances in many of the scientific and technological inputs into drug research and development (R&D). These dramatic improvements should have tended to increase the efficiency of the R&D process. Instead the number of new drugs introduced per year has been broadly flat over the period since the 1950s, while R&D investments have grown fairly steadily. The success rate of R&D projects is very low. Only about 1.8 % of projects succeed from target discovery all the way to product launch. The bottleneck in R&D are the complexity of disease biology, lack of accurate and efficient methods for target identification/validation, lack of "continuous validation process" of the targets and lack of accurate and efficient methods for patient stratification. To focus on these issues and to combine excellence in basic science in the strongly knowledge-based environment of academic research with industrial drug discovery experience represents the IFOM strategies toward improving successes and innovations in drug research.

The primary objective of the Experimental Therapeutic Program (ETP) is to translate the basic research developed in IFOM and by AIRC funded researchers into drug discovery projects. The ETP scientists work in close collaboration with Principal Investigators in state-of-the-art laboratories to identify and develop new therapeutics for unmet medical need. The ETP is the team devoted to the design, synthesis and biological evaluation of small molecules having the desired activity/specificity against the targets of interest. The development of these small molecules is an iterative process generated by innovative biochemical, cellular and in vivo assays to understand their functional roles , and to rank and select them up to the identification of a preclinical candidate.