Paolo Maiuri, a physicist expert in quantitative biology, directs the Spatiotemporal organization of the nucleus research program at IFOM.

Born in Salerno in 1979, Maiuri graduated in physics at the University "Federico II" in Naples and successively moved to the study of the living matter with a PhD in the Molecular Virology group headed by Alessandro Marcello at the International Centre for Genetic Engineering and Biotechnology (ICGEB, Trieste, Italy).

There he studied HIV-1 RNA biogenesis, a crucial step of the virus life cycle and he developed one of the first system to visualize viral transcription in real time. Combining advanced microscopy techniques and mathematical modeling he estimated the transcription elongation rate of a single viral integration and showed that, in this system, polymerase II elongates at least one order of magnitude faster than previously thought.

In 2010 he joined the group of Matthieu Piel at the Institut Curie (Paris, France) as a post-doctorate researcher and started to be interested in the fields of cell polarity and cell migration. He developed a full set of tools to analyze cell trajectories, from the processing of the movies to the quantification of the main characteristics of cell tracks. From analyzing the data of the "First World Cell Race", a scientific event that was presented at the 51st Annual Meeting of the American Society for Cell Biology (ASCB) in 2011, he found that the mean speed of a cell population and its mean persistence are correlated. Further investigations confirmed that this correlation between those two parameters, a priori independent, is a basic universal law of cell locomotion.

At IFOM Maiuri has the opportunity to apply his characteristic quantitative approach to the study of cell nuclear organization in space and time. 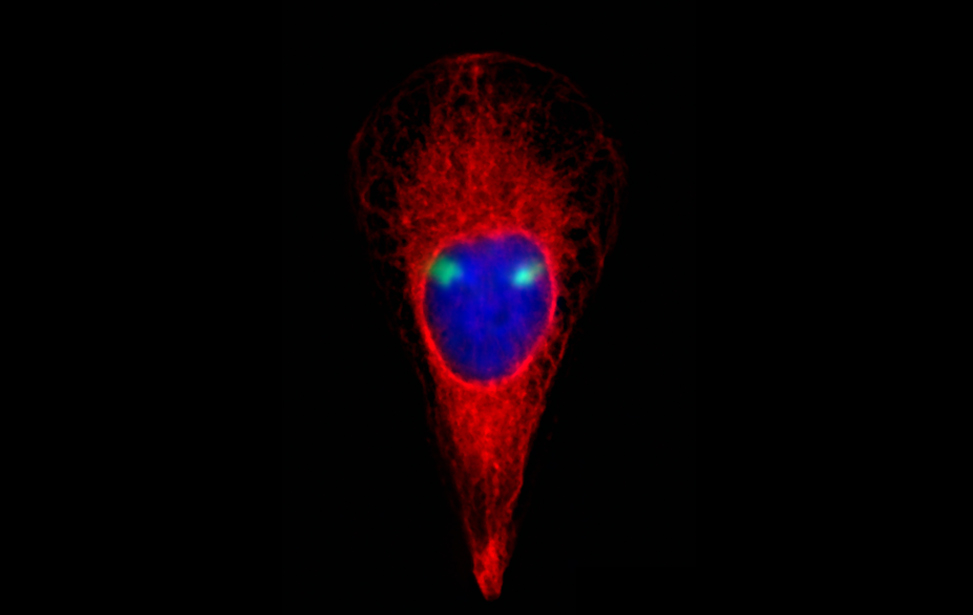