Giannino Del Sal studied biology at the University of Trieste and had his research training at the International Centre for Genetic Engineering and Biotechnology (ICGEB) in Trieste (Italy), at the European Molecular Biology Laboratory (EMBL) in Heidelberg (Germany) working with Claudio Schneider, and at LNCIB in Trieste where since 1996 he has been Head of the Molecular Oncology Unit. He also worked as a visiting scientist in the Laboratory of Cell Biology of the US biotech company Mitotix Inc. in Cambridge, Massachussets were he worked with Michele Pagano and Giulio Draetta. In 2001 he was appointed by the University of Trieste as full professor in Applied Biology.

Since the beginning of his scientific career, his research has been mainly focused on tumour biology, embracing and integrating the study of the mechanisms of tumour suppression in health and cancer, the investigation of the role of different oncogenic pathways in cancer development and metastasis, as well as more translational activities devoted to the development of new tools for cancer therapy.

He has provided many contributions to this scientific field. His work initially, focused on the cloning and characterization, in the context of growth arrest, of the Sonic Hedgehog binding protein GAS1. Del Sal then switched his research focus on the tumour suppressor p53 and on its signalling pathway discovering new post-translational modifications and sub-cellular localizations of the tumor suppressor p53, ?as well as new regulatory mechanisms of p53 and p53 family proteins. Focused on key signal transduction events in cancer, he highlighted the role of the phosphorylation dependent prolyl-isomerase Pin1 in the control of proliferation and maintenance of both normal and cancer stem cells. His team discovered the contribution of Pin1 in controlling the oncogenic functions of missense mutant p53 unveiling later on that in cancer diverse missense p53 mutants share the proteasome machinery as key target of a common gain-of-function oncogenic program. His team also identified the first covalent Pin1 inhibitor targeting cancer cells with a dual mechanism of action. More recently he become also interested on the interplay between oncogenic signalling tumour environment and cell metabolism and discovered that the nuclear factors YAP/TAZ, key mediators of mechano-transduction are under hormonal and metabolic control. His group also reported that oncogenic missense p53 mutants are under control of metabolic and mechanical cues and unveiled the interplay between missense mutant p53 and YAP/TAZ. By using drug repositioning approaches he also identified compounds able to target YAP/TAZ and oncogenic mutant p53. Del Sal holds two patents and is member of several scientific societies and advisory boards.

In recognition of his scientific achievements, in 2006 he has been honoured with the membership in the International scientific academy EMBO (European Molecular Biology Organization). 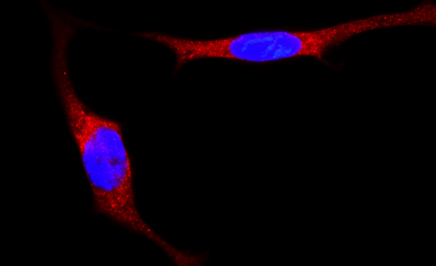