Elisabetta Dejana, a cell biologist and expert on regulation of vascular system development, directs the New strategies to inhibit tumor angiogenesis research unit at IFOM, which focuses on development of tumor vasculature.

After earning a degree in Biological Sciences from the University of Bologna, she moved to Milan to work at the Mario Negri Institute for Pharmacological Research, where she investigated the mechanisms underlying pathological thrombosis and cardiovascular diseases.

Her research brought her to McMaster University in Canada between 1978 and 1980, where she worked with one of the leading research groups in her field.

During this period, she developed techniques for the isolation and culturing of endothelial cells from blood vessel walls, in order to study their characteristics under normal and pathological conditions.

Back in Italy, she set up the Laboratory of Vascular Biology at the Mario Negri Institute in Milan, which she directed until 1993, with alternating periods of work abroad at Harvard Medical School in Boston, Hôpital Bicêtre in Paris and Hadassah Medical School in Jerusalem.

She continued to study vascular cell biology, but during that period, her research assumed a new goal: understanding angiogenesis, the process through which new blood vessels form, both in the embryo and during the growth of a tumor.

Angiogenesis is a limiting factor for tumor expansion because the cancerous mass depends on the vascular system to provide it with the nourishment and oxygen that it needs to grow. Blocking this process may provide the means for stopping cancer, but much remains to be discovered in order to identify the most effective therapies for this purpose.

Elisabetta Dejana continued to focus her research in this direction, from 1993 to 1996 as director of the Laboratoire d'hématologie Centre d'Études Nucléaires in Grenoble, France. Returning to Italy, she participated in the FIRC project to create a new institute dedicated to cancer research and when IFOM was established in 2000, she was among the first scientists to set up her laboratory there. She directed the establishment of an IFOM research program to study angiogenesis and develop therapeutic strategies to inhibit tumor growth by targeting this pathway.

From an academic point of view, Elisabetta Dejana has given courses in vascular biology at several European Universities; then, in 1998 she became Associate Professor of General Pathology at the University of Insubria in Varese, Italy. Since 2002, she has held the position of full Professor in the same field at the University of Milan.
More recently she has been appointed full professor also at the department of Immunology, Genetics and Pathology at Uppsala University, Sweden.

Elisabetta Dejana has authored over 400 scientific articles published in prestigious international journals with almost 29,000 personal citations and has received numerous awards and recognitions from various Italian and International scientific associations. During her scientific career she has dedicated a considerable effort to improve scientific communication for the general public. Furthermore she showed a strong commitment in promoting the careers of young researchers. 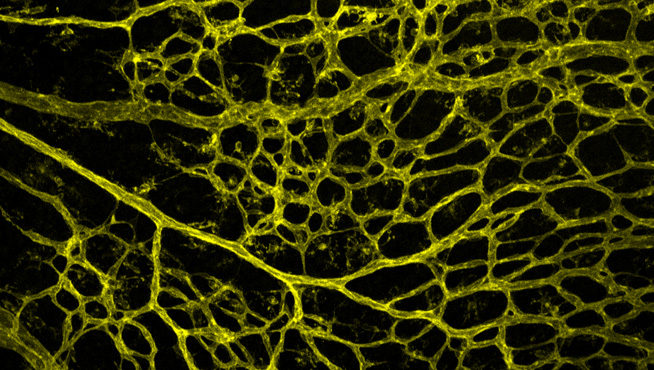