Genetics of B Cells and Lymphomas

The B cell antigen receptor: a critical determinant of B cell identity and function

The pool of peripheral B lymphocytes is established through an ordered set of molecular events initiated in the bone marrow with the assembly on the surface of the cells of a functional, non-autoimmune, B cell antigen receptor (BCR) complex. Expression and signaling through the BCR is essential for developing B cells to differentiate respectively into follicular, marginal zone or B-1 B cells, each of these subsets displaying a specific effector function. Basal signaling through the BCR is required for survival of resting mature B cells, which in turn become rapidly activated and undergo proliferation upon BCR-mediated antigen recognition. Signals arising from BCR engagement leading to B cell proliferation, survival and differentiation are commonly integrated by others initiated from receptors such as BAFF-R, CD40 and the family of Toll-like receptors recognizing a variety of microbial antigens.

Upon recognition of foreign antigens through the BCR, in the presence of T-cell help, B cells are recruited into germinal centers (GCs) formed in spleen and lymph nodes during T-cell dependent antibody responses. During the GC reaction, B cells undergo an initial phase of proliferation followed by cell-cycle arrest and selection based on the affinity of the BCR for the cognate antigen. The establishment of a productive antibody response to a foreign antigen depends on the selection within the GC of a limited pool of B cells expressing high affinity antigen receptors generated in situ through the process of immunoglobulin (Ig) somatic mutation. GC B cells also undergo replacement of the constant region of the Ig heavy chains through the process of Ig class-switch recombination, thereby changing the effector functions of the BCR. Finally, high-affinity, isotype-switched, B cells exit the GC to become long-lived memory B cells or antibody-producing plasma cells.

The germinal center origin of B cell lymphomas

Our group has three long-term goals: 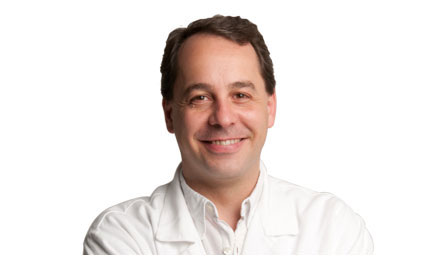 Epigenetics of B-lymphocytes and lymphomas