Why are many cancers resistant to targeted therapies? Part of the answers may come from mathematical models

In a study lead by IFOM, the AIRC institute of Molecular Oncology, the University of Turin, The University of Milan and Candiolo Cancer Institute FPO IRCCS, a group of researchers investigated resistance to targeted therapies with a novel approach combining mathematical models and laboratory experiments. The researchers succeeded to characterize tumor cell sub-populations with a high level of detail and depth. The study, published in Nature Genetics, was supported by AIRC, the Italian Foundation for Cancer Research and by an ERC grant from the European Union.

Milan, July 11, 2022 – Molecular targeted therapies are one of the most promising therapeutic strategies for cancer patients. However, the efficacy of these therapies is limited by the development of tolerance and resistance by tumors, which can thus give metastasis. The development of metastasis and resistance to therapies are the main cause of relapse in cancer patients. In some cases, relapse is rapid, and is due to genetic alterations that already existed in the tumor mass before the treatment, which made it resistant to the therapy. In other cases, however, the tumor reappears after a long time, even many years after the diagnosis, and we cannot predict how or why. In other words, our ability to prolong the efficacy of a treatment is limited by a lack of understanding of the multiple mechanisms that lead to the development of resistance. Understanding exactly how tumors are able to resist therapies is therefore a crucial question to answer in order to succeed in defeating them, making targeted therapies more effective and offering patients higher quality and life expectancy. A significant step in this direction has been marked by the results of a study, published today in Nature Genetics. The study was lead by Marco Cosentino Lagomarsino and Alberto Bardelli at IFOM, the University of Turin, the University of Milan and the Candiolo Cancer Institute FPO IRCCS thanks to the support of AIRC Foundation and an ERC grant from the European Union. 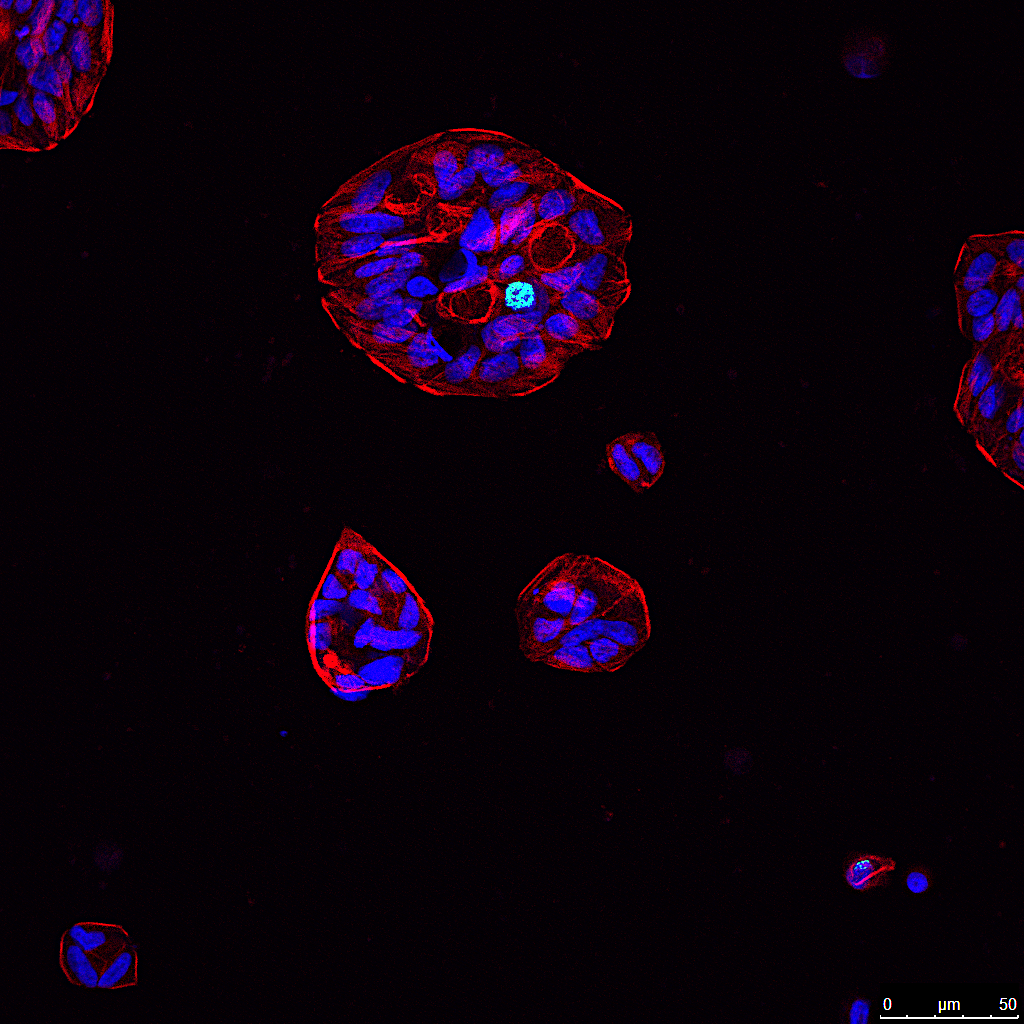 The interdisciplinary team of physicists and biologists investigated resistance to targeted therapies from a quantitative point of view and with a novel approach combining mathematics and biology. More precisely, thanks to mathematical tools, cancer cells were characterized in their different sub-populations in high detail and depth. "We adopted" illustrates Marco Cosentino Lagomarsino, IFOM and the University of Milan, "a method very similar to the one originally used, in 1943, by Salvador Luria and Max Delbrück to study the development of resistance in bacteria. That pioneering experiment gave a fundamental impetus to modern experimental genetics and proved crucial to the development of molecular biology, to the point that the two scientists received the Nobel Prize in physiology or medicine in 1969. However, the same approach had so far been used in a very limited way in human cells, probably because of the complexity and duration of the experiments required. Indeed, it is necessary to sample and characterize so many cells, in our case obtained from patients with colorectal cancer, both during drug treatment and under normal growth conditions."

"The results obtained from the laboratory experiments were enriched by the mathematical analyses and vice versa," explains Alberto Bardelli, "and the collaboration was essential for the success of this project. On the one hand, the preliminary theoretical considerations based on the mathematical models allowed us to design the experiments optimally for our purposes. On the other hand, the results of the genetics and molecular biology experiments allowed us to apply mathematical models to think about innovative treatment protocols that could eventually lead to reduced resistance to therapies." What did the researchers highlight in the lab? "We observed," says Mariangela Russo, first author of the paper, of the University of Turin and Candiolo Cancer Institute, "that molecularly targeted therapies induce in cancer cells a transition to a state of hibernation, making them able to temporarily tolerate the treatment. These cells, called "persistent," being tolerant to the therapy, potentially have time to acquire genetic mutations that make them able to replicate in the presence of the drug, thus causing disease recurrence. Our studies allowed us to understand that therapy induces a significant increase in the ability of persistent cells to mutate: not only do persistent cancer cells have time to develop mutations favorable to them, but therapy makes this process faster." What answers did the mathematical models provide? "By taking advantage of the tools provided by theoretical physics, we were able to translate the experiments performed in the laboratory into a mathematical language"-reports Simone Pompei of IFOM, co-author - "These tools allowed us to more accurately interpret and predict the behavior of cancer cells during treatments. Thus, we were able to quantify the ability of cancer cells to become persistent and subsequently succeed in developing genetic mutations that result in resistance to therapies. In this way, we calculated that persistent cells mutate up to 50 times faster than cancer cells. This means that persistent cells, even if present in small numbers, carry a high probability of recurrence." "In addition to bringing a deeper understanding of the molecular mechanisms underlying resistance to therapies," Cosentino-Lagomarsino and Bardelli conclude, "the results obtained in the study open up new possibilities for preventing the onset of resistance and preventing the development of metastasis. Looking forward, from a molecular perspective, one could act on the mechanisms that lead cancer cells to increase their mutation rate, possibly preventing such an increase. Preliminary data from ongoing experiments look promising. Even from the standpoint of mathematical models, the potential opened up by the study results are extremely promising and over time could lead to treatments targeted and calibrated to each tumor and patient. Guided by mathematical models, physicians could modulate the doses and timing of anticancer drugs so as to minimize the likelihood of disease recurrence." The next step for the researchers will be to transfer the protocol - so far applied only to cell lines - to more significant preclinical experiments, such as cell cultures in three dimensions derived from tissue samples obtained from patients.