Cells respond to DNA damage and replication stress, by activating a multi-faceted response called DNA damage response. In contrast to lower eukaryotes many genes involved in DNA repair and in DNA damage response are lethal when inactivated in mammalian cells even in the absence of apparent DNA damage. This indicates that these genes fulfil essential tasks for cell survival in complex organisms. In addition, many genes controlling DNA metabolism such as BRCA1/2, the Fanconi Anemia proteins and p53 are only present in metazoan organisms implying a higher intrinsic complexity of DNA metabolism.

We studied DNA repair pathways and identified novel functions for the Mre11 complex that account for its essential role in vertebrates (Costanzo et al Molecular Cell 2001).

More recently, we have dissected the molecular mechanisms underlying RAD51 and Mre11 function during DNA replication using new methodologies that we developed based on Electron Microscopy (EM) to visualize replication intermediates derived from egg extract. We demonstrated that Mre11 promotes degradation of nascent strands at stalled forks and that RAD51 protects replication forks from this processing (Hashimoto et al Nature Structural and Molecular Biology 2010).

We have also shown that ATM regulates the pentose phosphate pathway promoting the formation of antioxidant molecules such as NADPH and nucleotide precursors required for DNA repair (Cosentino et al EMBOJ 2006).

Finally, we have demonstrated that BRCA2-RAD51 coordinate the function of DNA polymerases at difficult to replicate DNA regions, preventing the accumulation of ssDNA gaps at stalled forks. Such gaps can be transformed in reversed forks by the action of SMARCAL1 translocase. Reversed forks trigger extensive nascent DNA degradation in the absence of the protective function of RAD51, which directly prevent DNA degradation operated by DNA nucleases (Kolinjivadi et al Molecular Cell 2017).

The ongoing projects of my group aim at understanding the molecular roles played by vertebrate DNA metabolism genes in various aspects of cell cycle, DNA replication and DNA repair in unchallenged and stressful conditions. In particular, we are studying:

To this end, we are applying a multidisciplinary approach. In particular, we are taking advantage of cell-free extracts, mass-spectrometry analysis of protein-protein interaction networks, antibody based techniques, mammalian cell manipulation, mouse genetics and cells from patients affected by Ataxia-Telangiectasia as tools and model systems.

The Xenopus laevis model facilitates the biochemical study of large essential proteins that can be easily isolated and characterised. An important tool available with this system is the possibility of depleting native proteins and protein complexes using specific antibodies. This approach allows the identification of the precise biochemical steps in which these proteins operate allowing the study of essential vertebrate genes that would normally compromise viability when inactivated in other cellular systems. This system offers unique opportunities not available with other known experimental models to define the molecular role of essential DNA metabolism proteins.

More recently we have started to investigate the role of DNA repair proteins in mouse embryos applying the same concepts that have guided our investigation in other model systems. This approach is complemented by the use of mass spectrometry analysis and advance imaging approaches, including electron and atomic force microscopy (AFM) based analysis of DNA metabolism intermediates. These studies are aimed at understanding biological and biochemical functions of genes involved in essential DNA repair processes that are dysfunctional in cancer and aging cells. 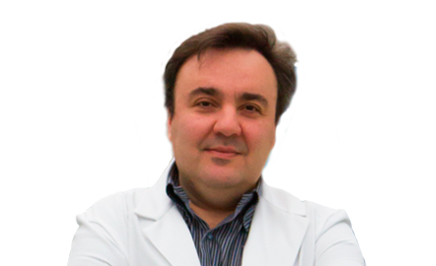